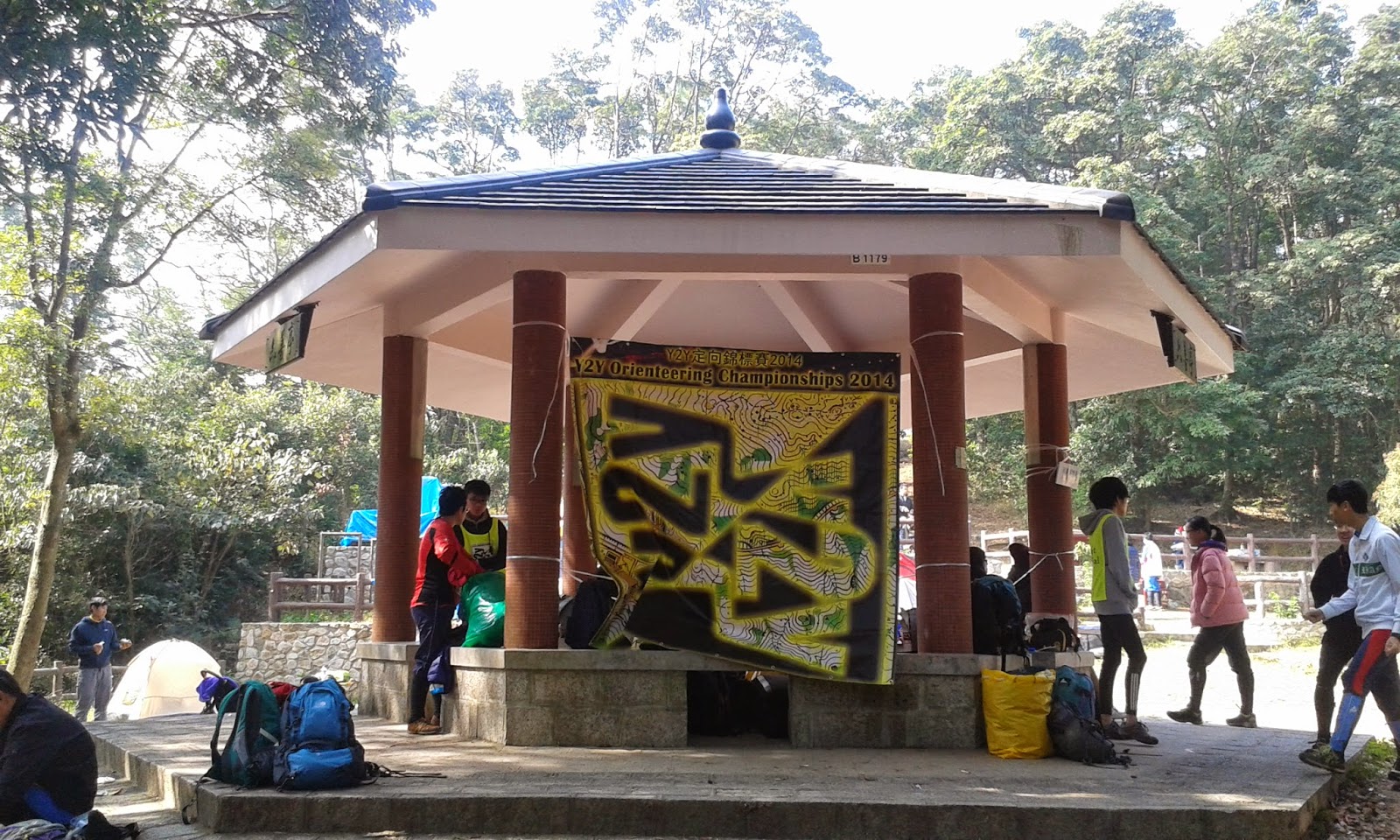 Due to the organizer’s postponement of an orienteering event, I could participate in one more orienteering course before leaving Hong Kong. I knew that this course setter usually sets up high quality courses, so I was eager to try this course. 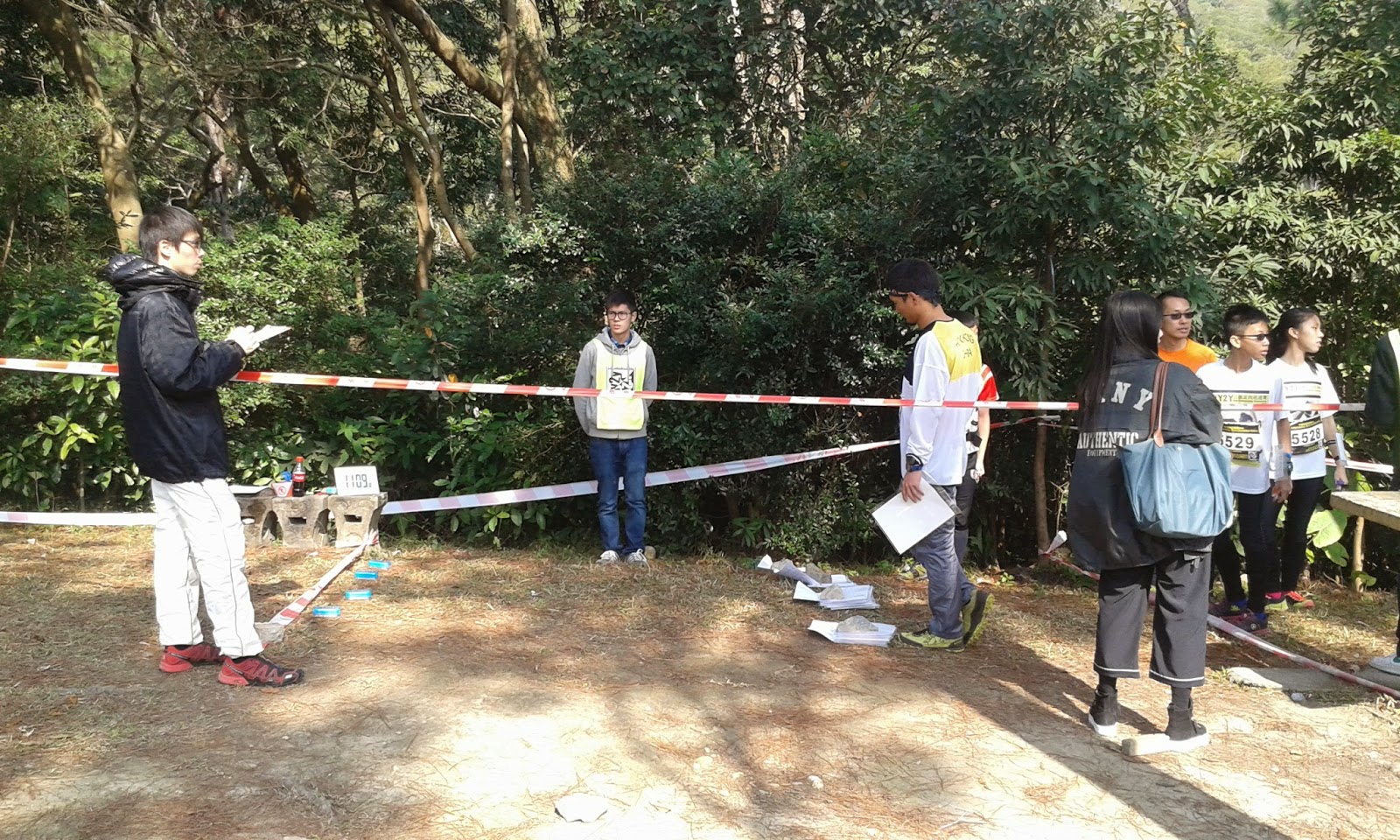 In the end, the course did not disappoint me.

The map for ME/MO course is shown below. I did not take many pictures on that day, since I focused on navigating through the course more. For the rest part, I would discuss my experience on some of the legs in this course. 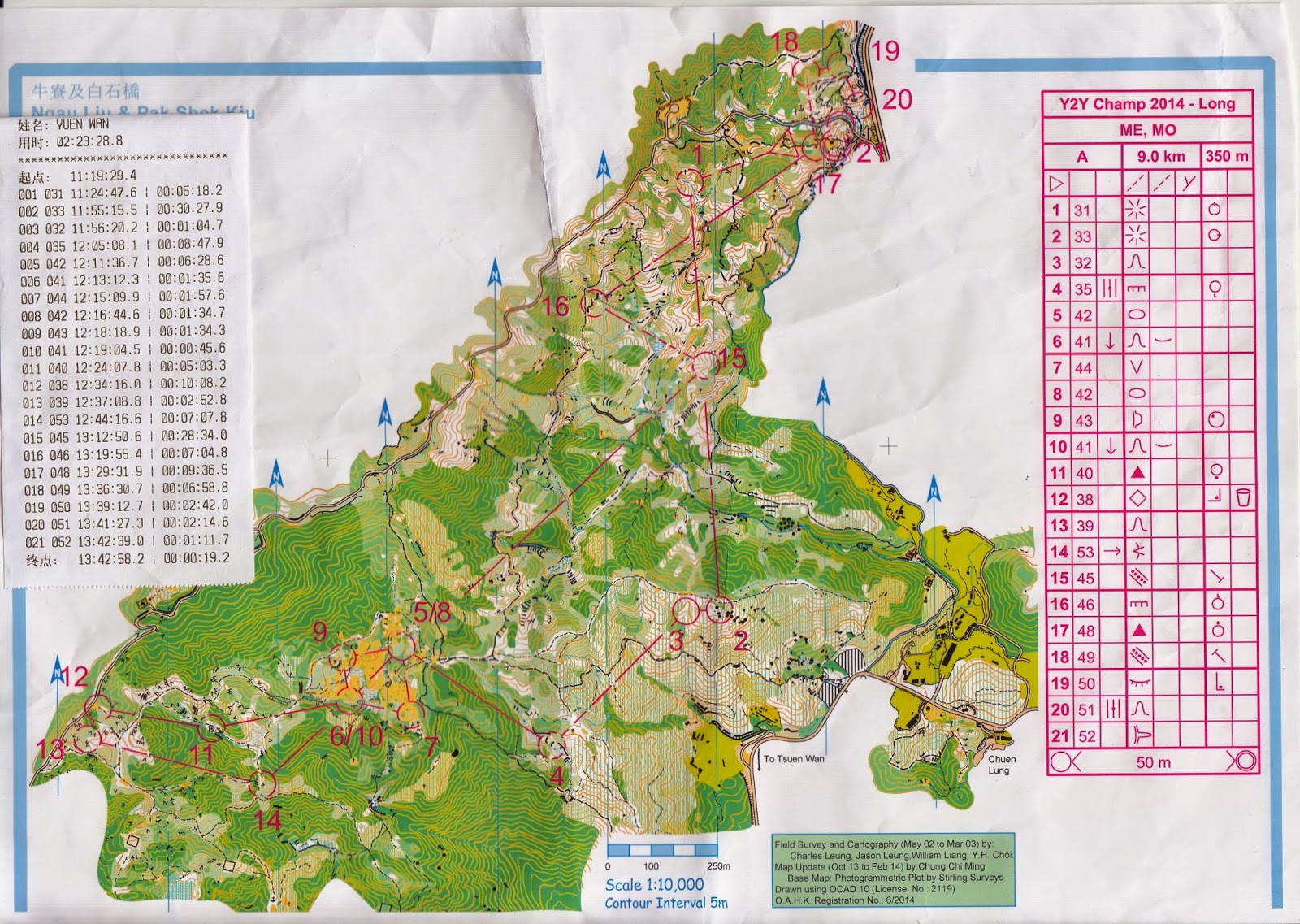 In general, there were many cases where moving off-trail can be advantageous. Although it was difficult to run through the forest, walking through was totally reasonable. In control #1, I already used off-trail route and counted number of re-entrants to reach #1.

How do people go from #1 to #2? From what I have heard, these were some of the choices (maybe a combination of these): 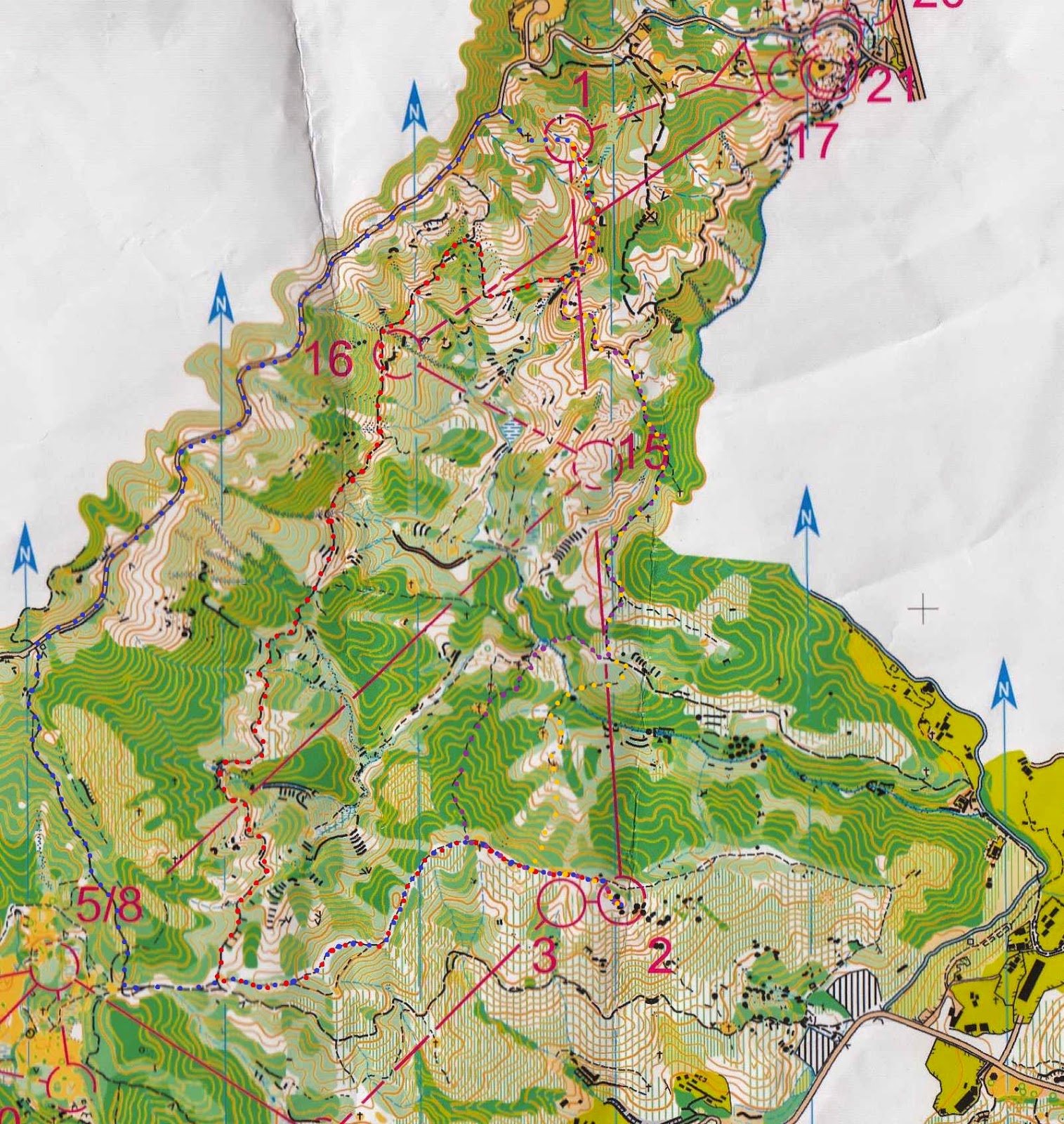 I tended to choose routes that required careful navigation but were shorter, so I could save energy by doing less running. However, I got disoriented because of getting into the wrong trail. It told me a while to figure out where I was in the map.

After some longer legs, #5 through #10 were some shorter legs that required navigation through a mostly open area.

From #11 to #12, I did not know why I could not find a good trail and stuck in the thicket. It took me a while to get back to a clear trail.

Here is how some people might go from #14 to #15. It can be a combination of three routes, but I have heard of these general approaches. 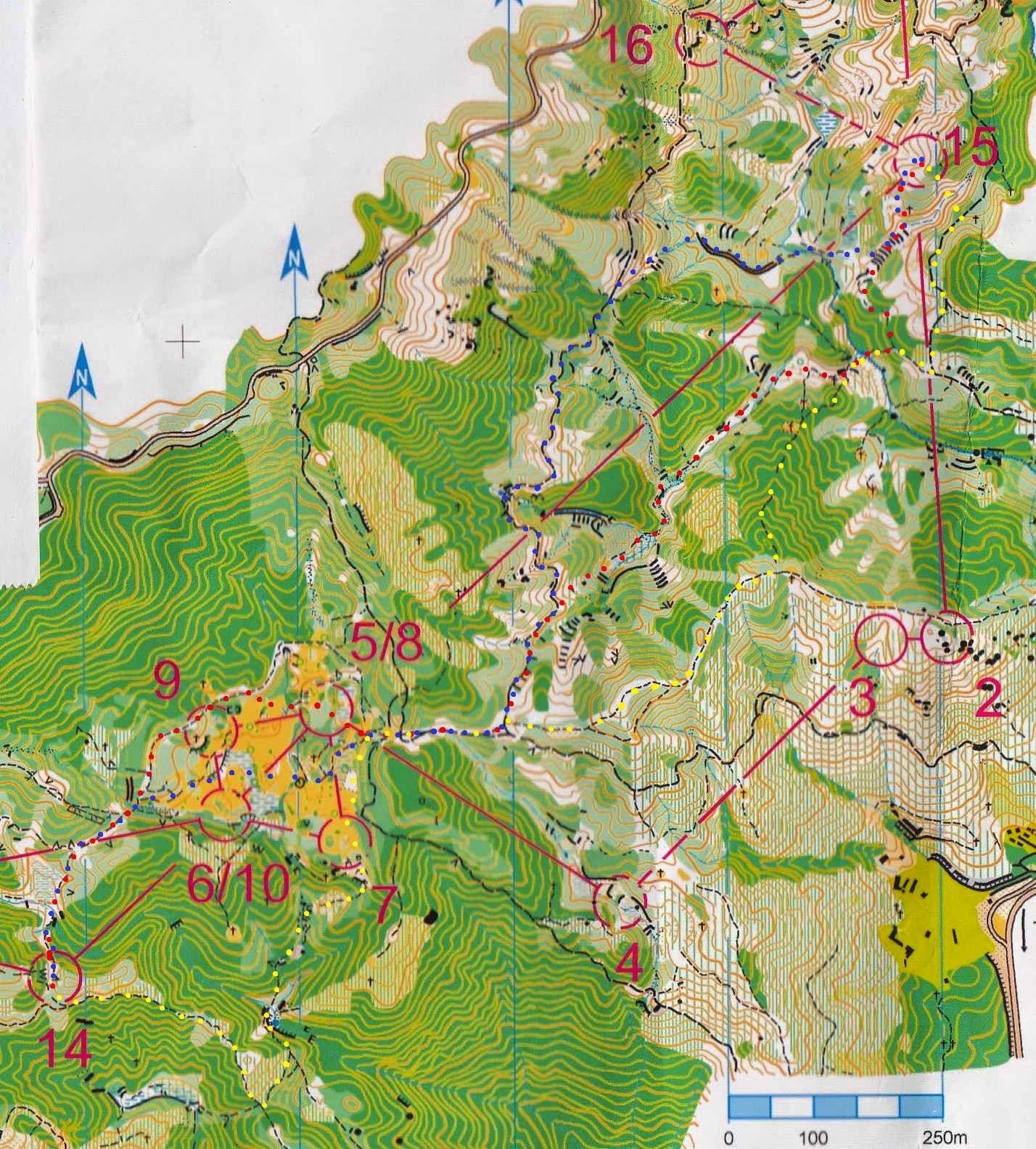 I also like #15 to #16. I compared with another guy who used trail to get to #16. I found that my use of off-trail route did save time. The off-trail route had many features to help navigation: cross a spur, walk along the east edge of swamp, identify large rock and a stream and then cross a spur, climb the hill by following the rocky re-entrant. 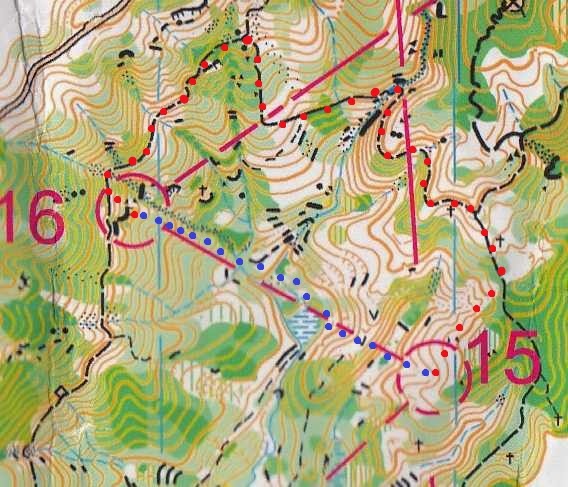 In the end, there were another five short legs. I did find that a trail near #18 was not drawn. 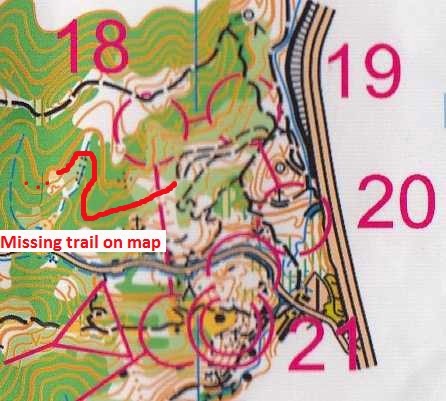 Here is my result and my route. The course is quite challenging, but I found finishing within three hours achievable. I think I was the slowest person in ME. 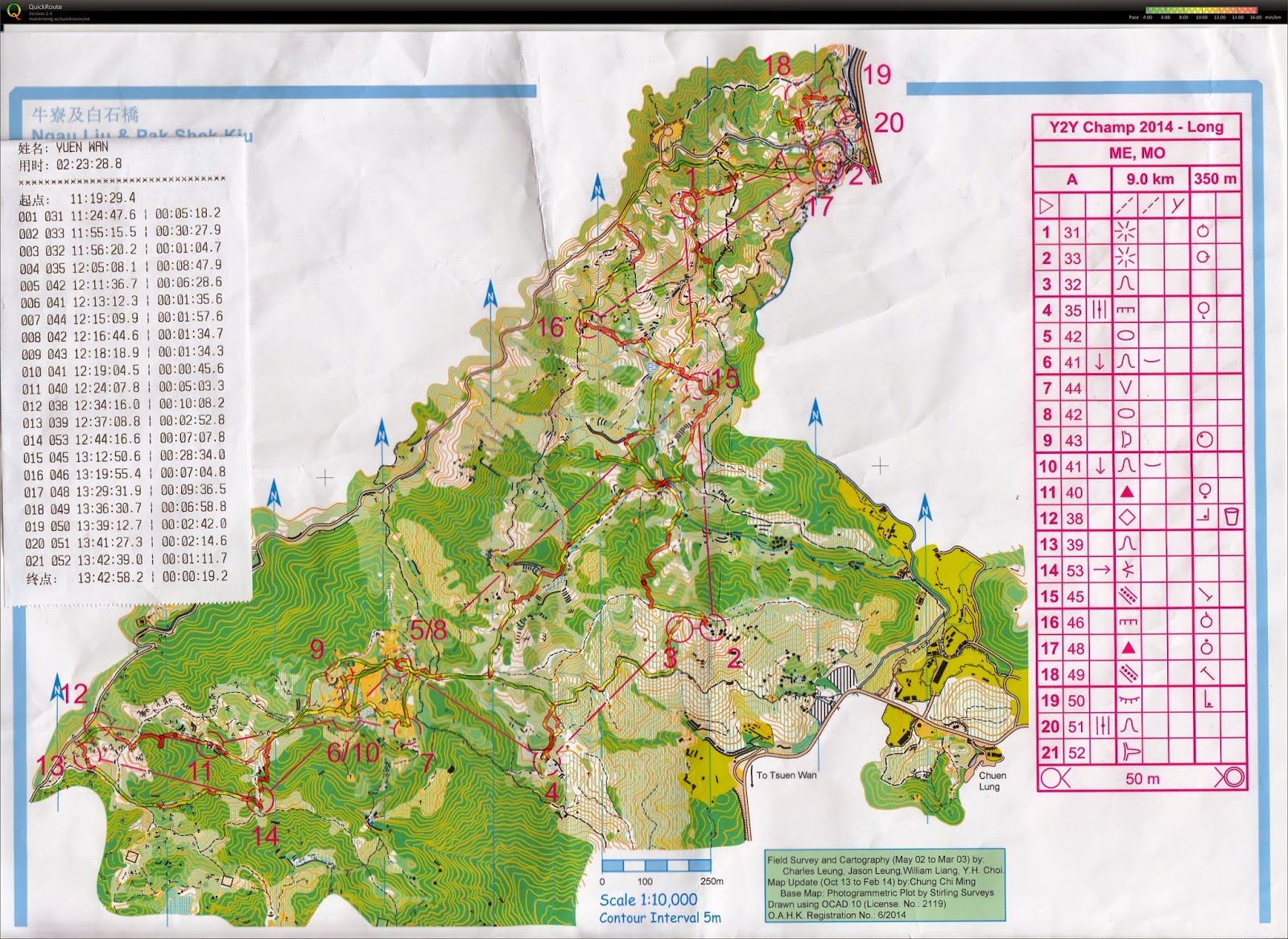 Posted by johnayuen at 7:17 PM