I was excited to participate in an orienteering course that has the most number of controls that I have ever done. Therefore, before going to Sai Kung, I got a lot of carbohydrates by going to "drink tea". 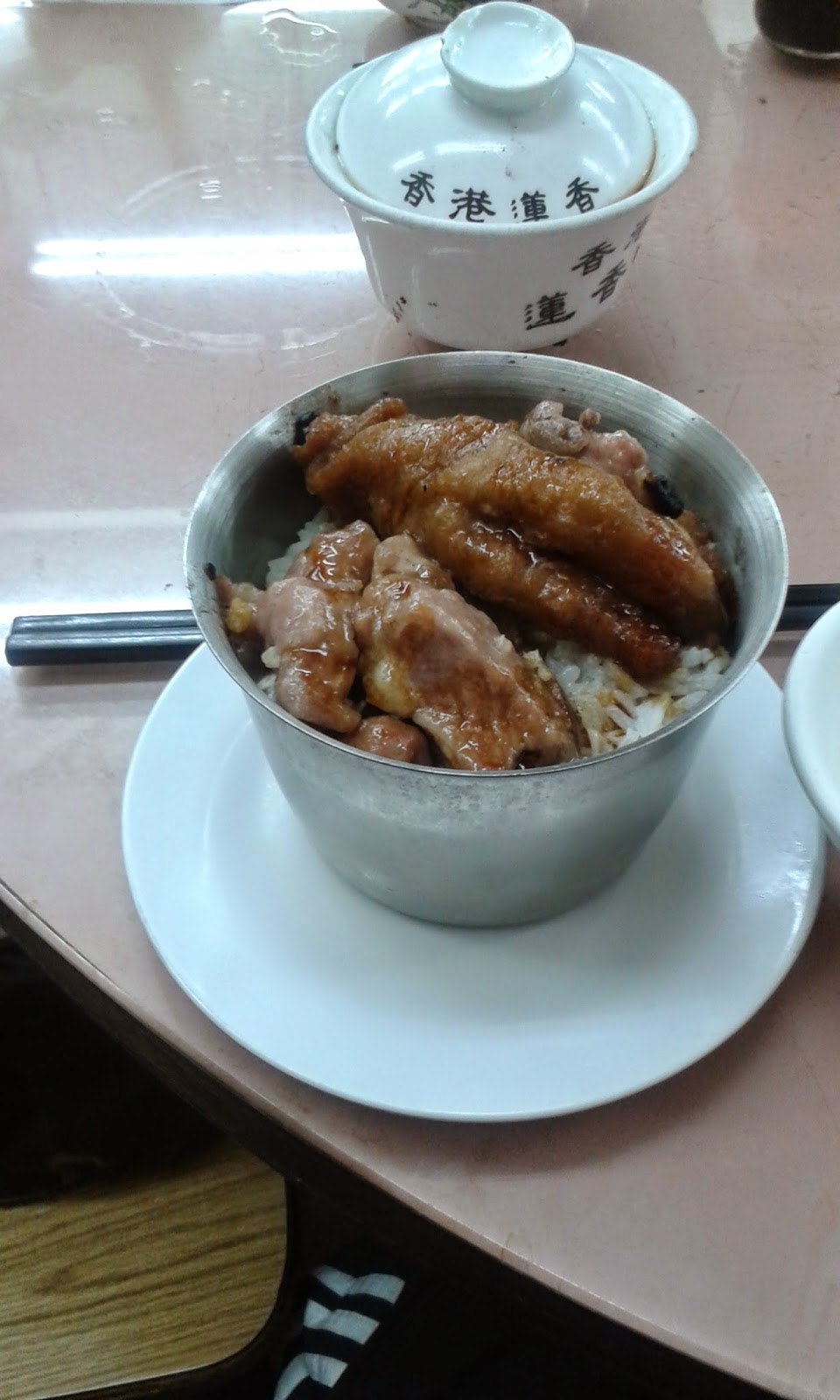 It took me two hours to get to the event center. It was first a MTR subway ride, then a bus trip, and then finally a chartered minibus trip to High Island, where the Aquatic Center is located. I remembered that when I was at secondary school, I was there once because of a class picnic. Then, I had not been there until today. 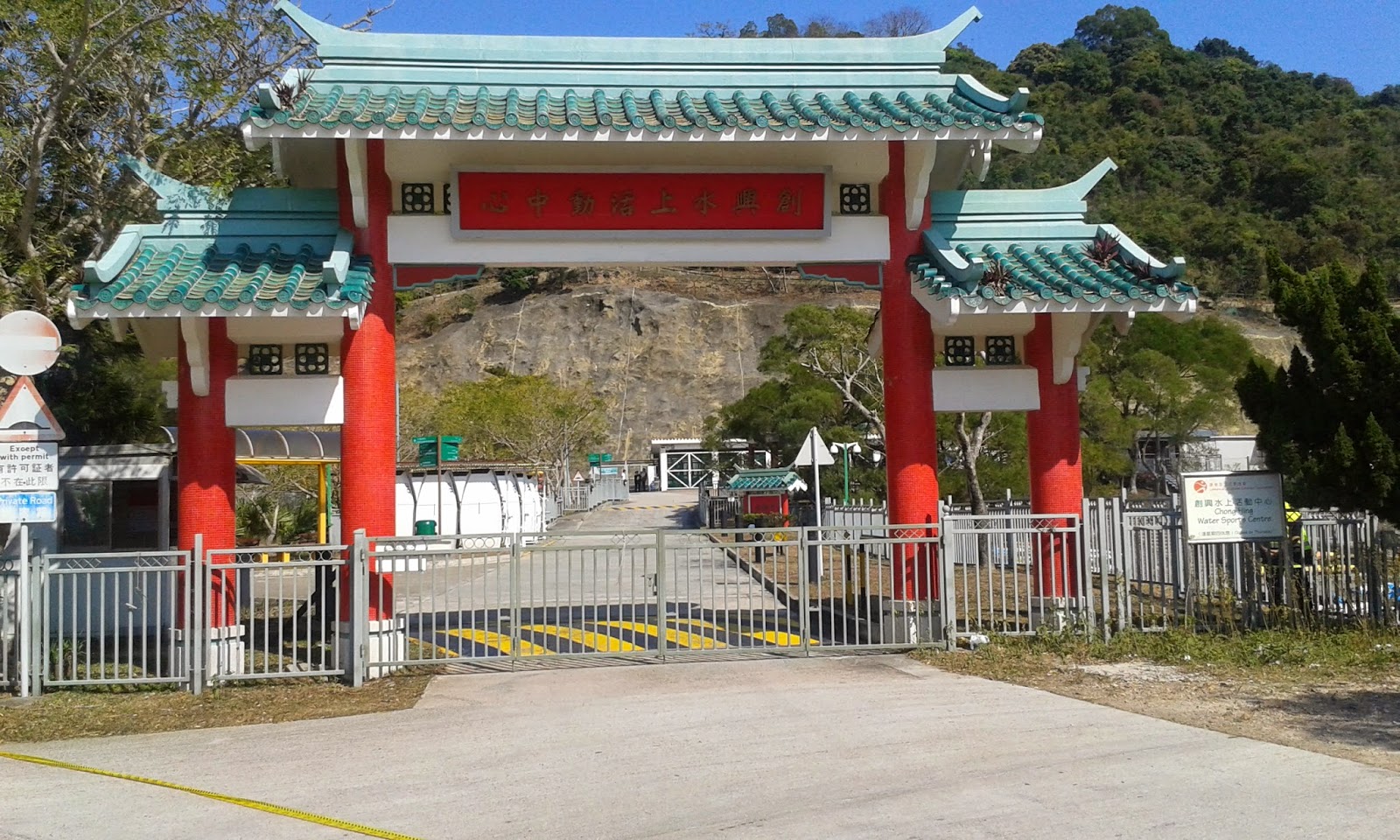 This is my number tag and punch card. According to HKOC, this is the new ChinaHealth e-punch system. 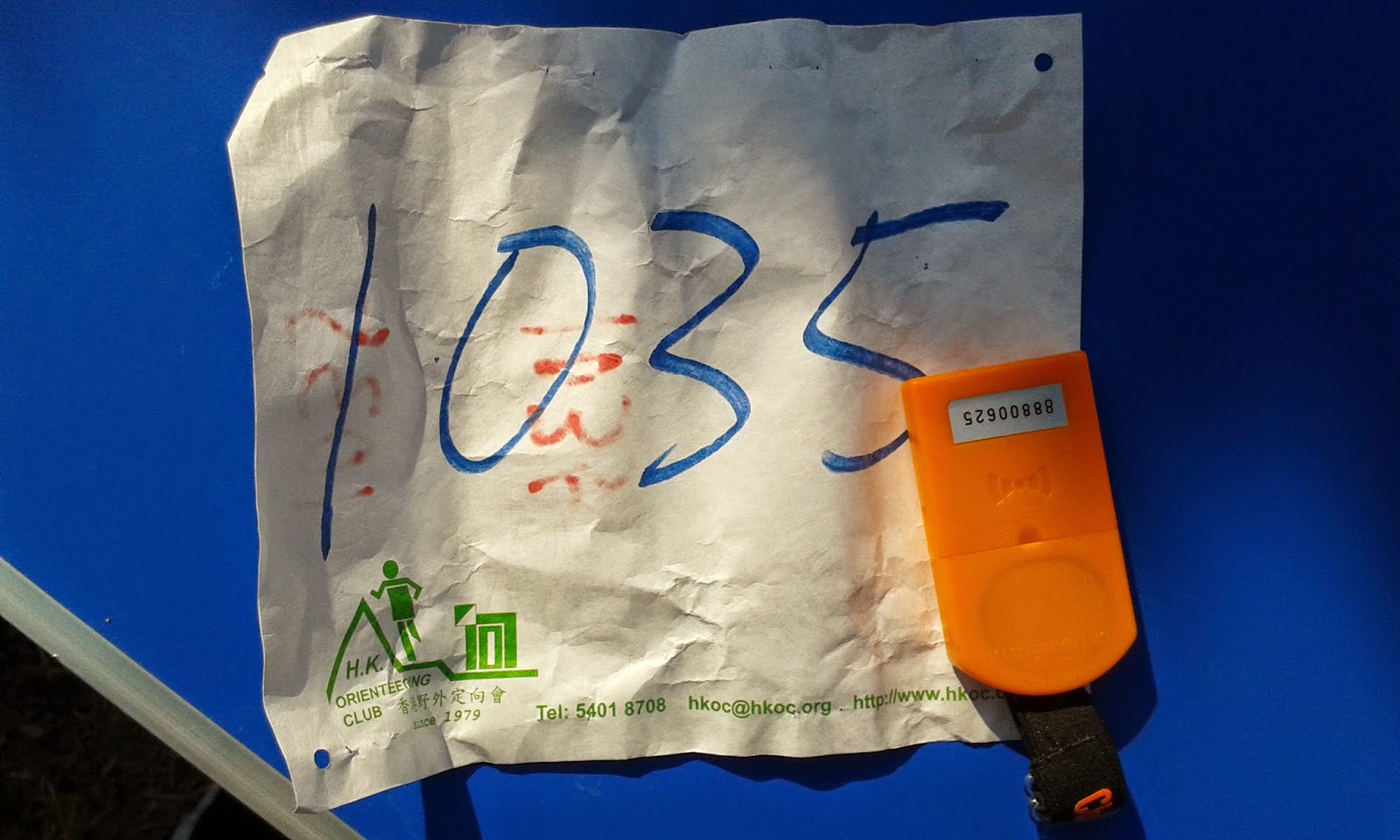 I was assigned to start at an earlier time. It was great that my tag number was related to my start time. I did start at the :35. The first start is at the :30. Here are the pictures at the start area. 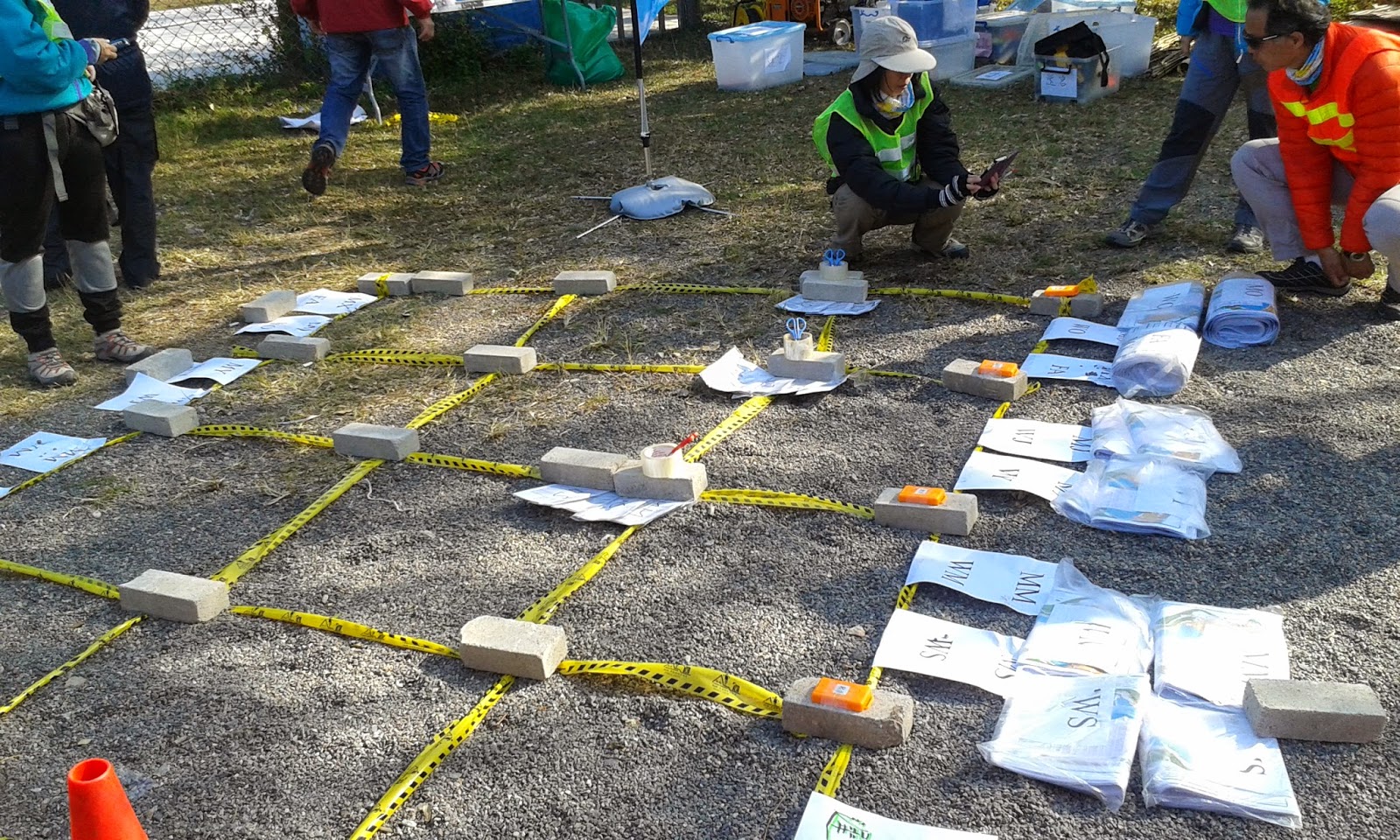 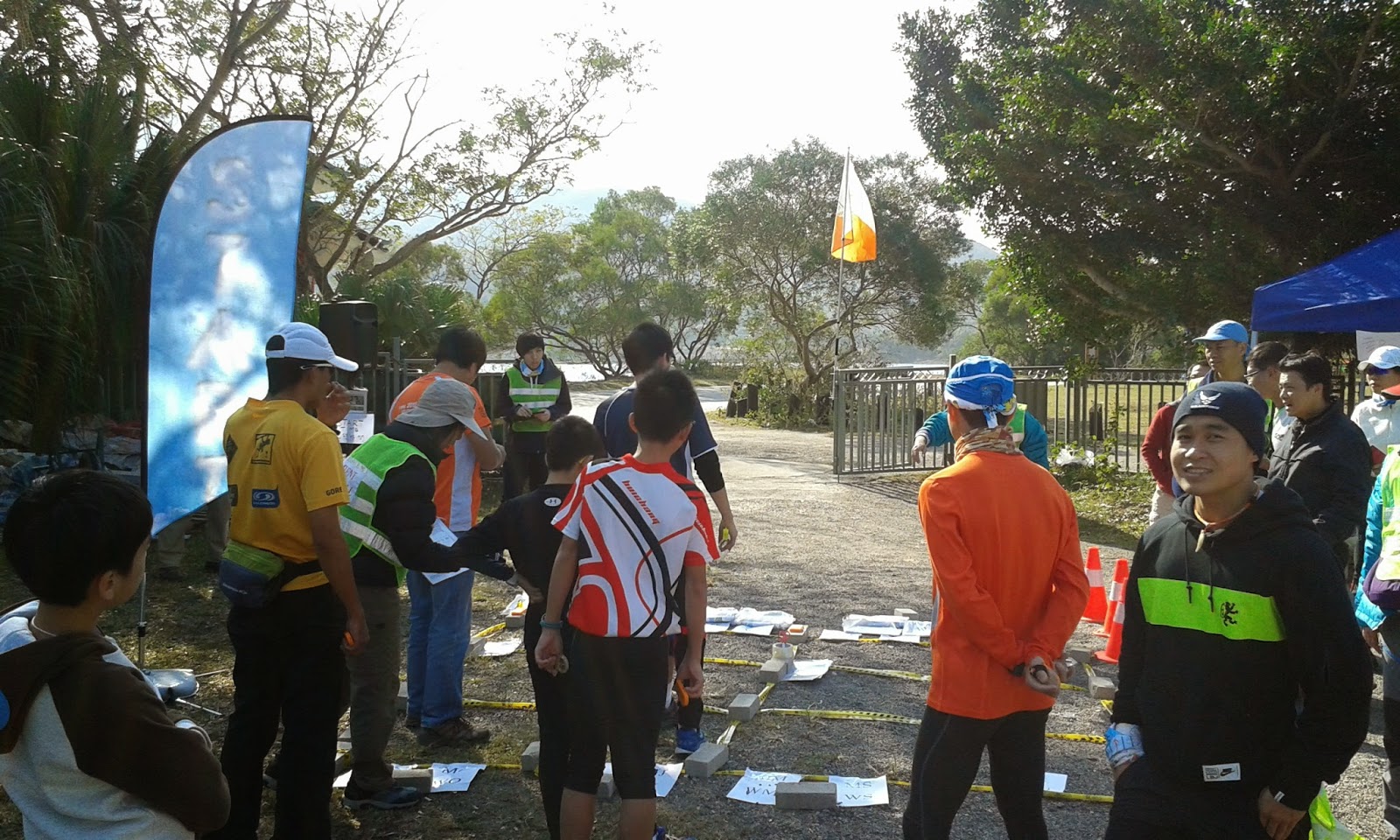 Here is the map for MO (Men Open) group. 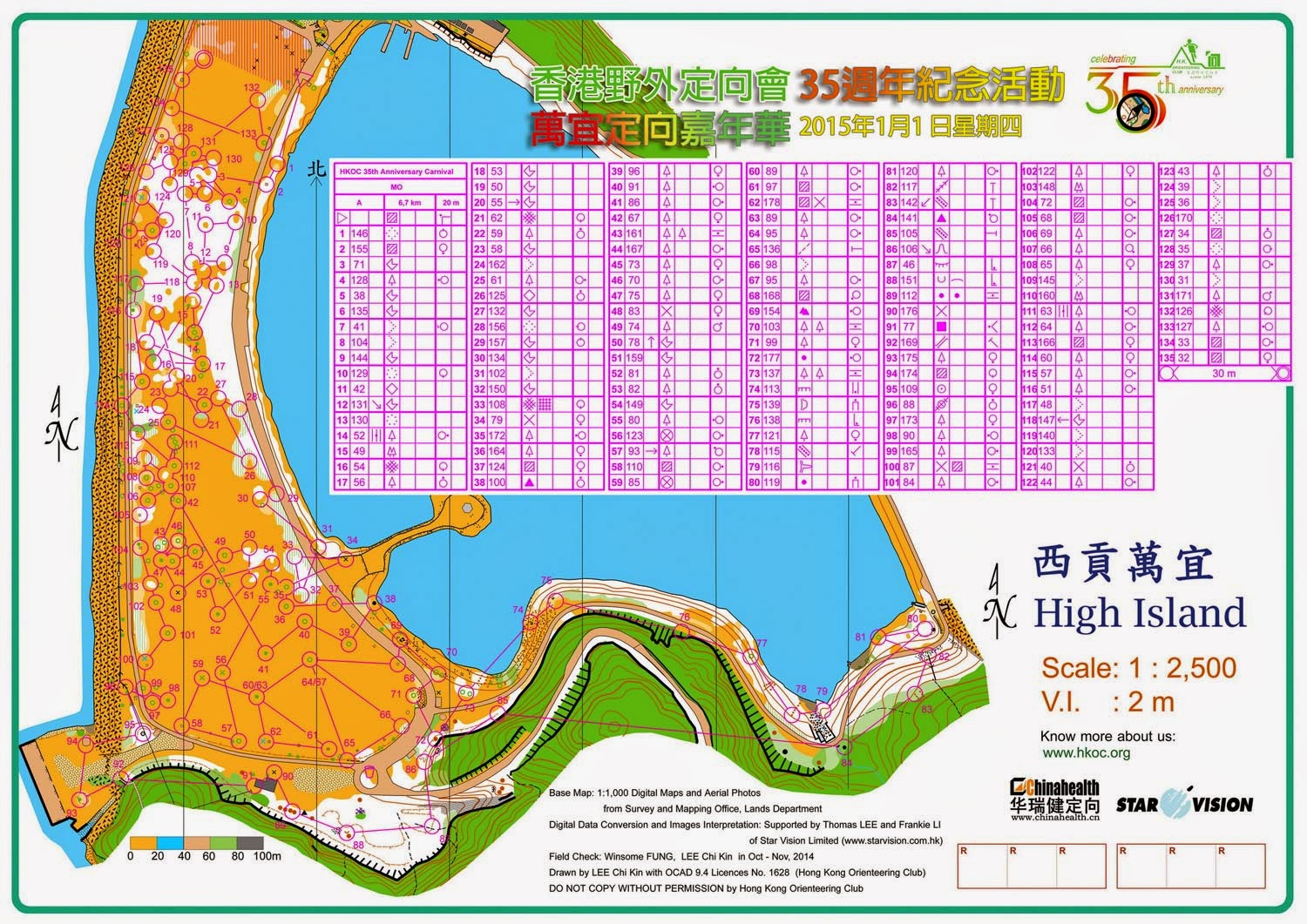 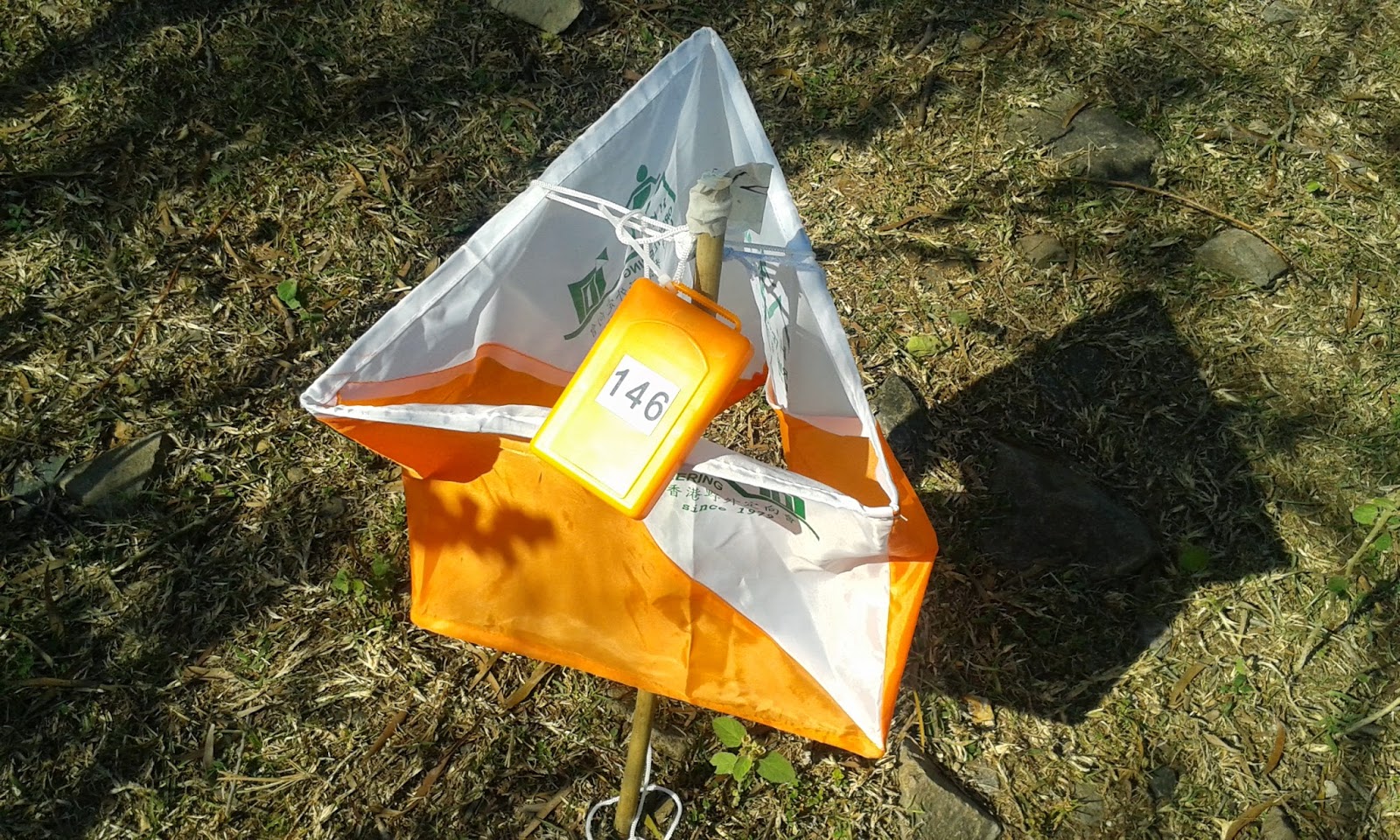 Most controls were either near the runnable forest, or open land with scattered distinct trees. 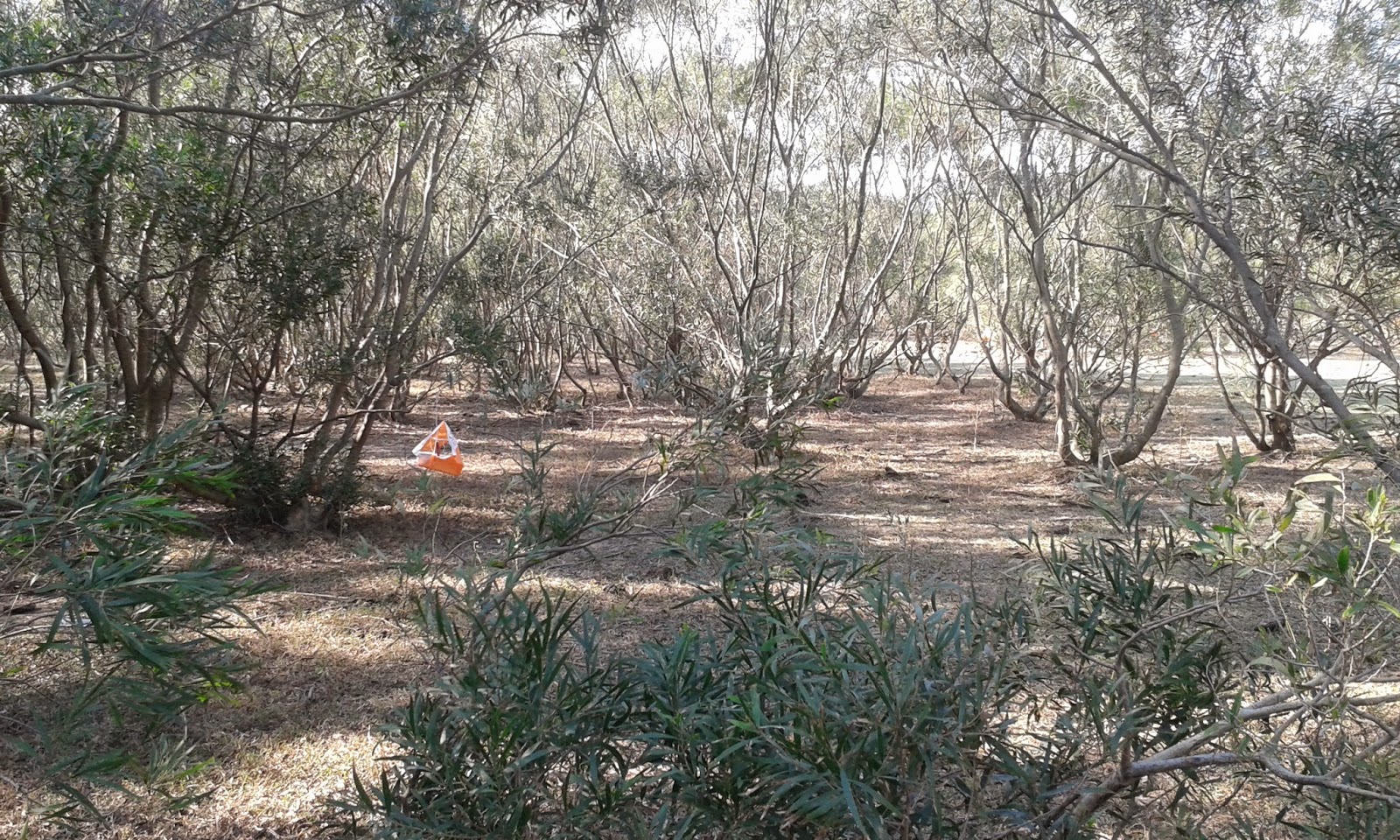 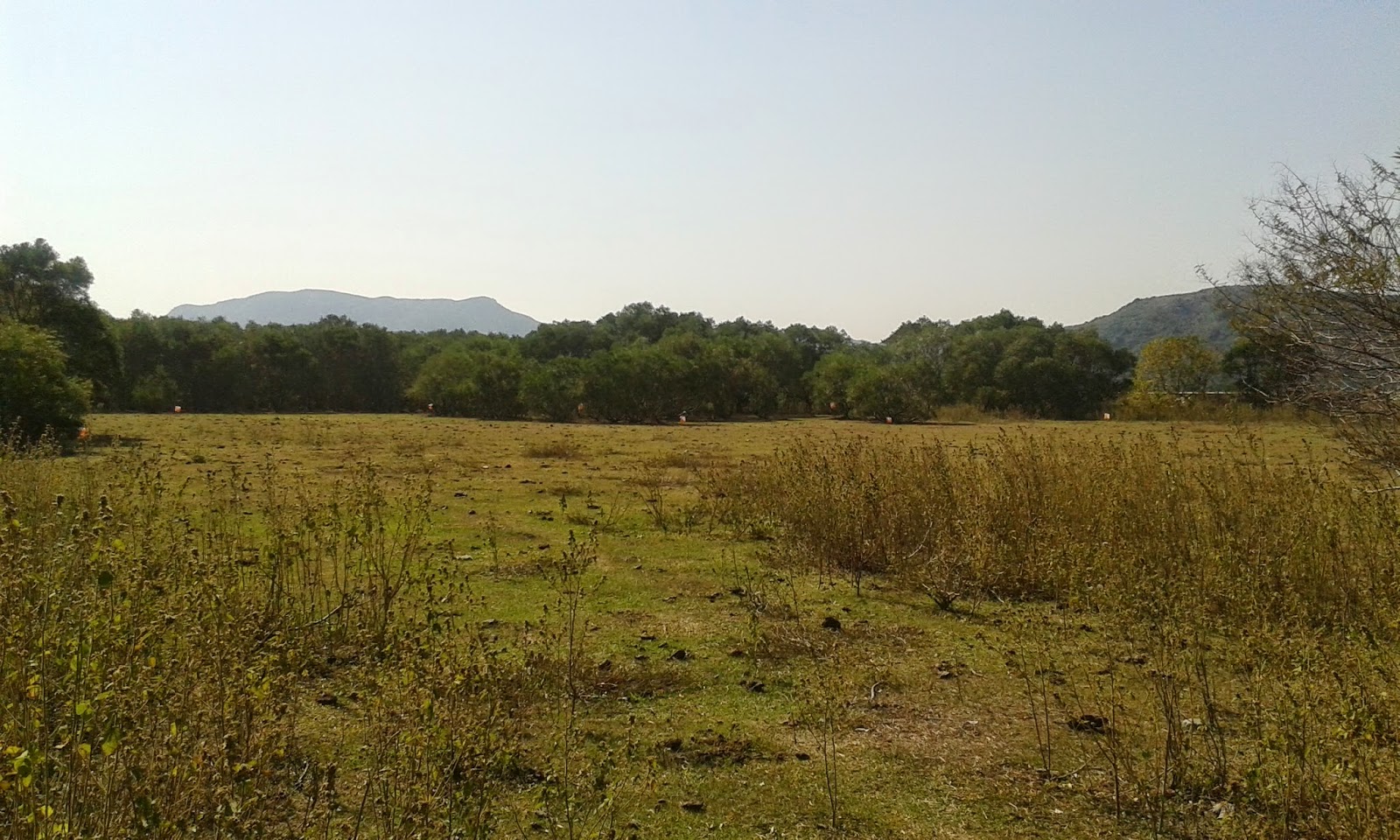 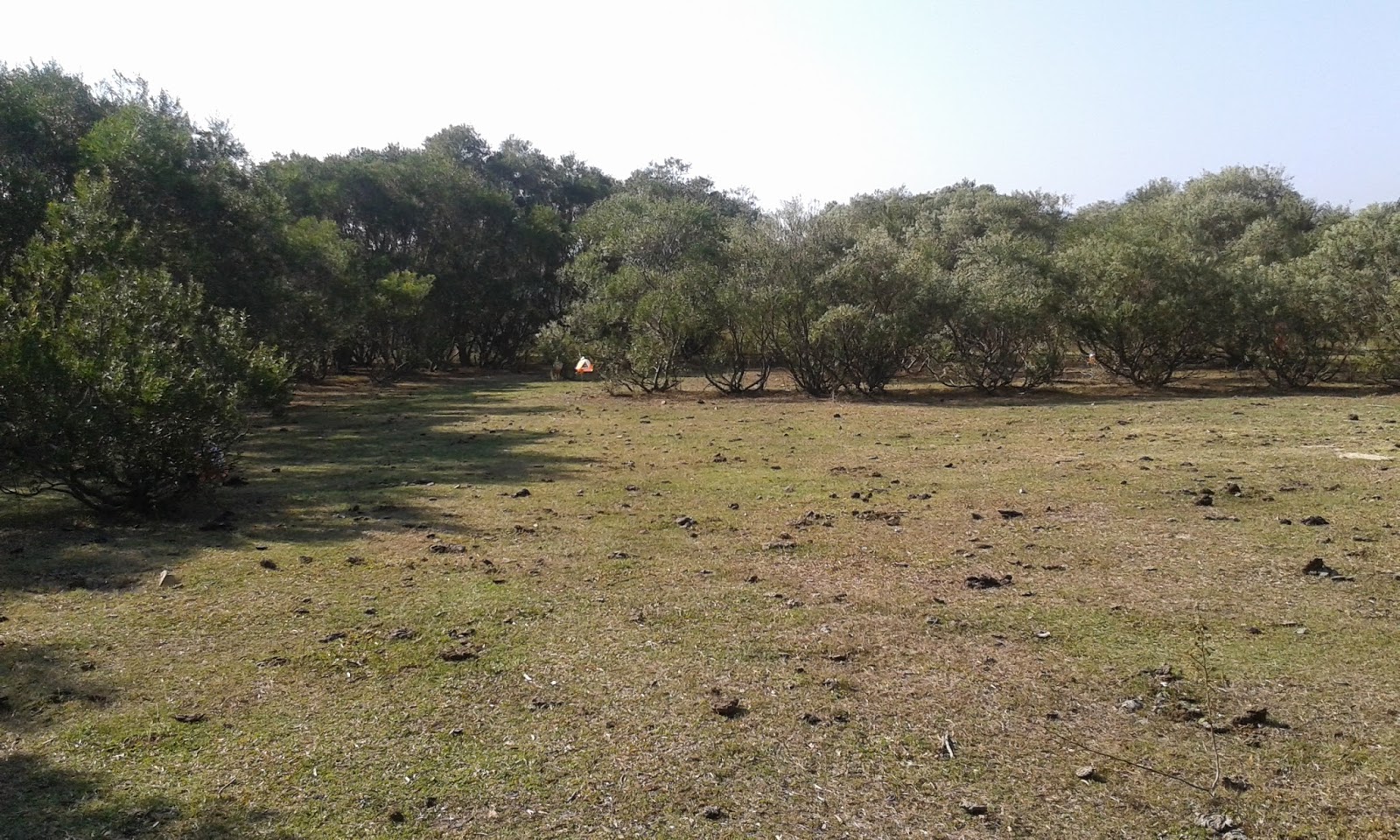 After finishing, I had to download the results. Did I punch all controls? I did! The result was valid! 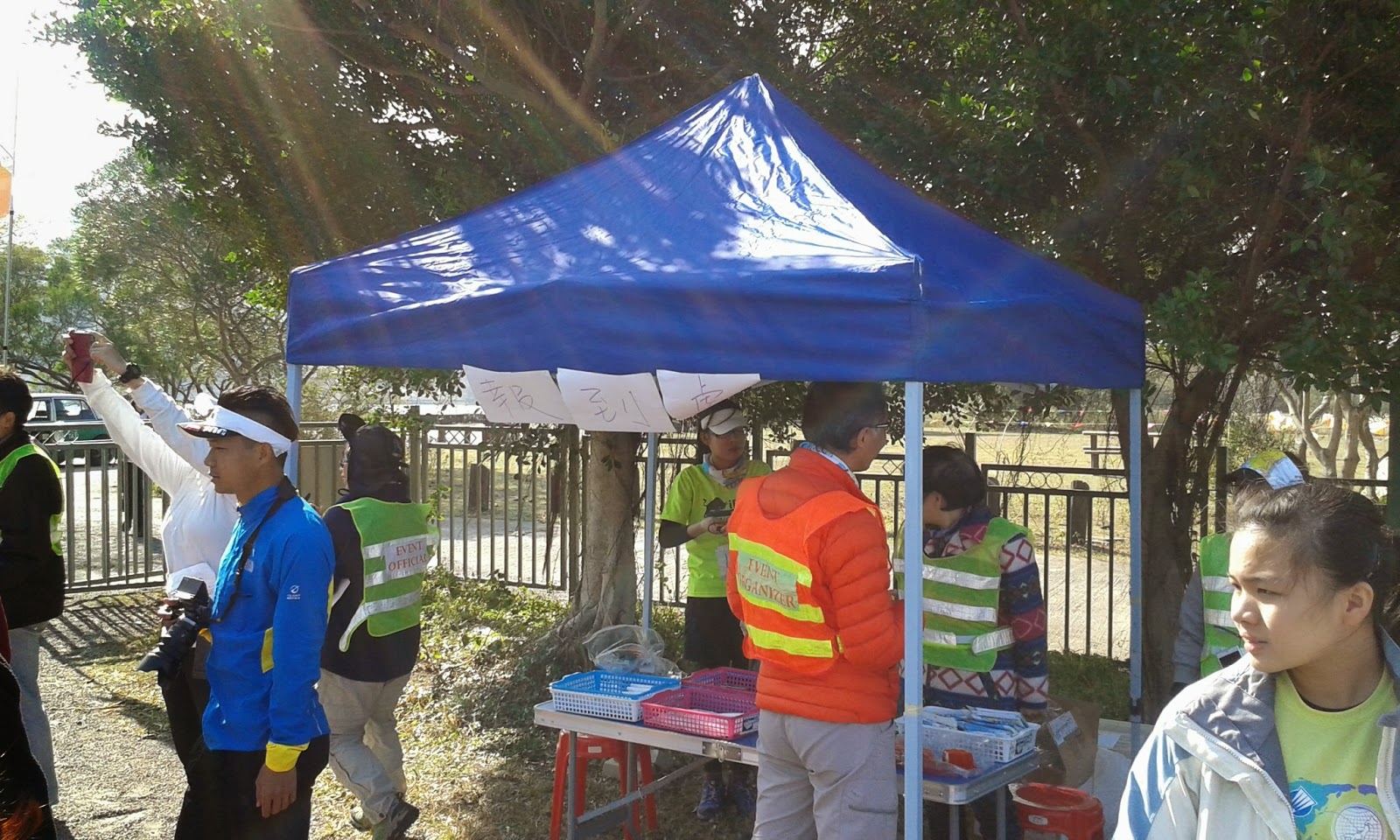 Here is the ramen-like result sheet. Someone forgot to punch one point at #8X, so he re-punched #8X and thereafter. This results in the longest result sheet (probably one half longer than me). 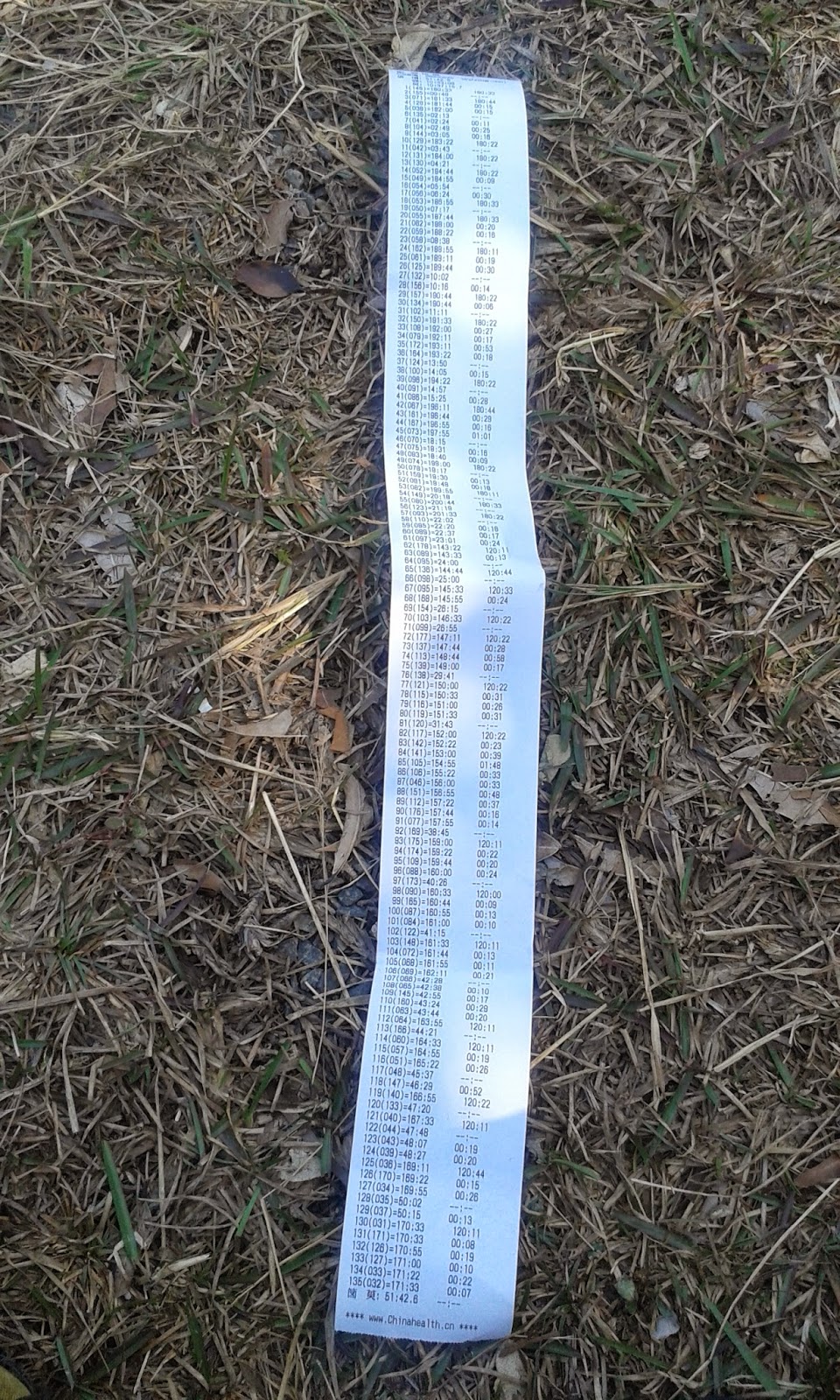 After the race, food and drink were ready for us. Besides banana, there is also hot drinks (Ovaltine!) 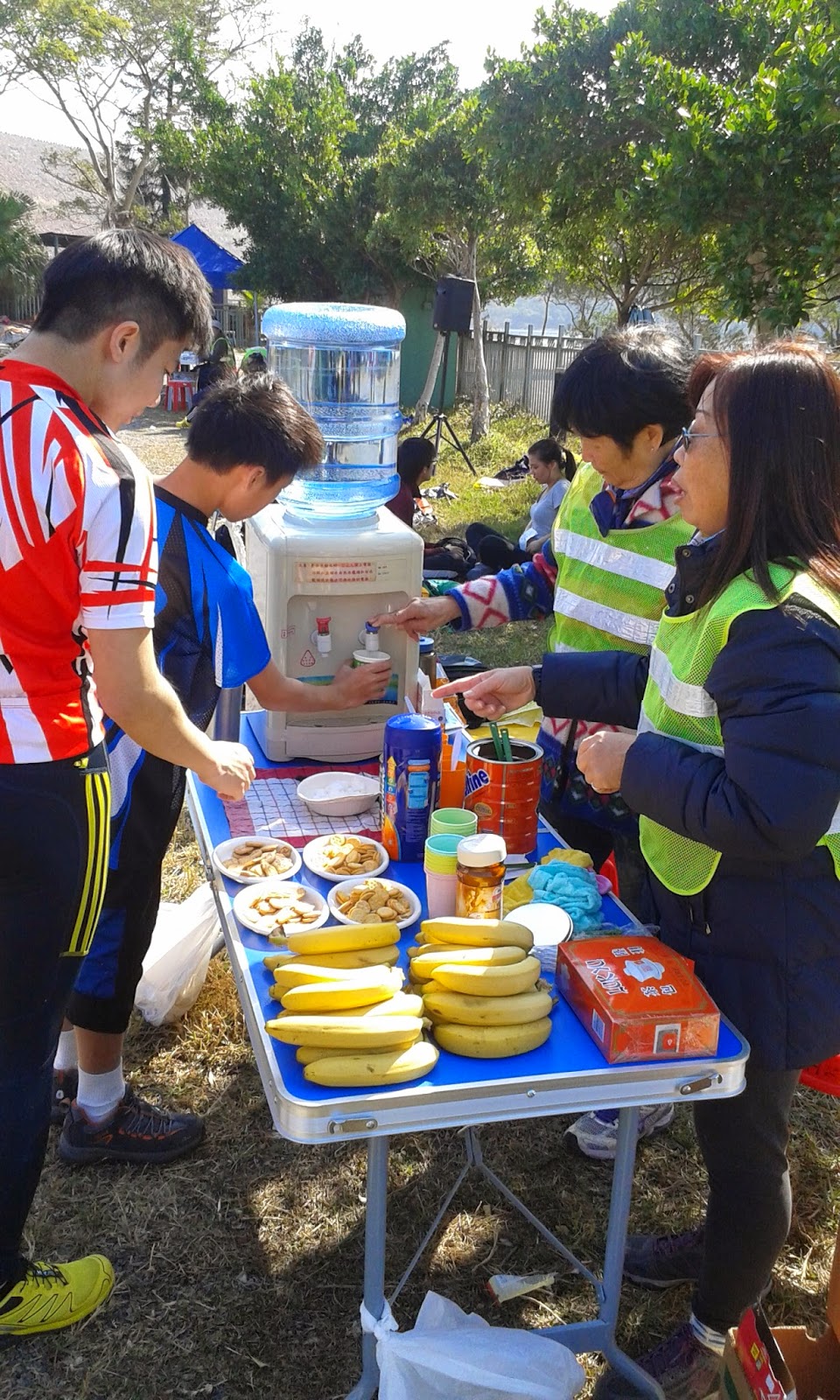 As a bonus, there are some other activities in the afternoon. The first one is a control maze. Each person was given a map with five controls. Participants needed to punch all five on the map. Besides, each control had a number. Participants needed to sum up all five numbers and report it at the finish line. Only correct sum and punches would make the result valid. 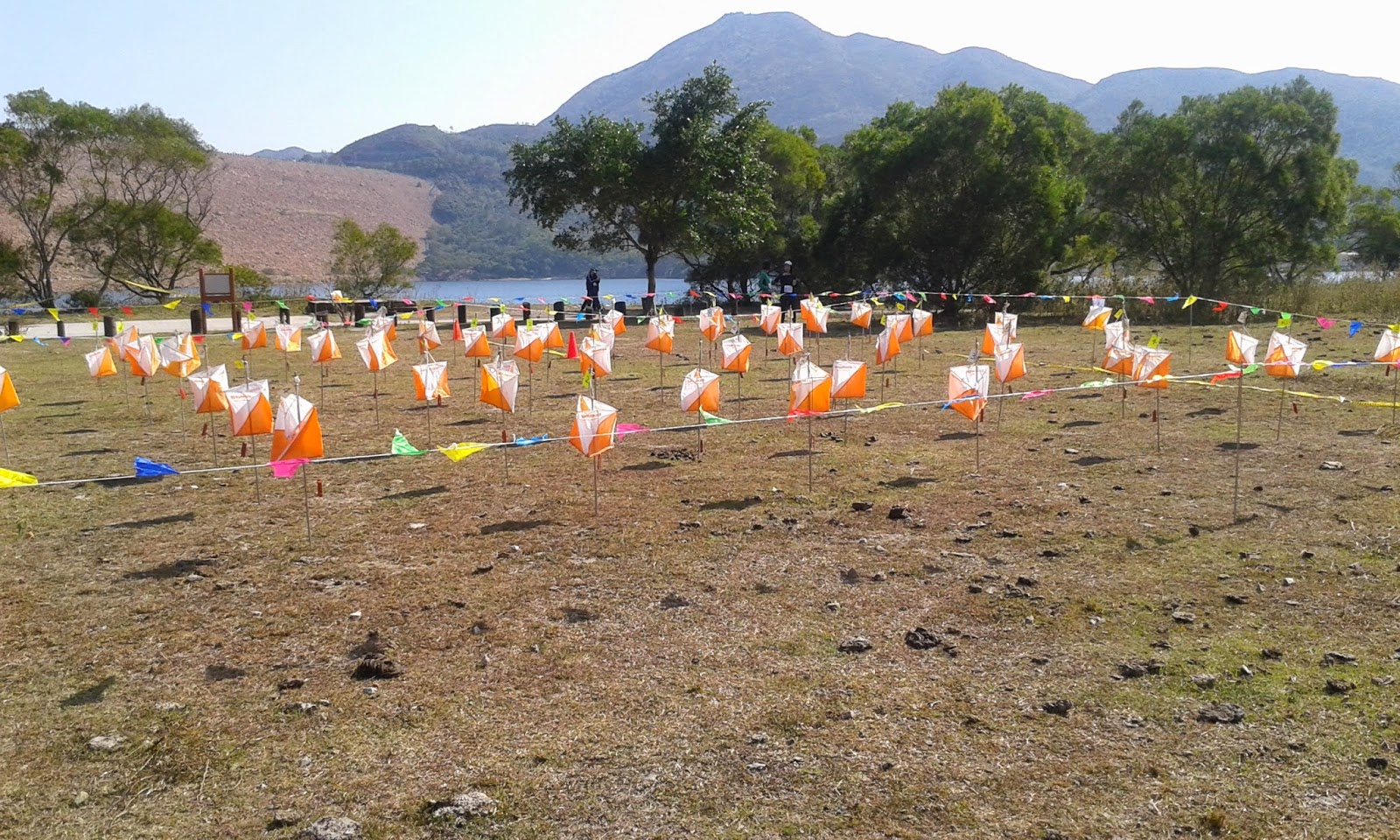 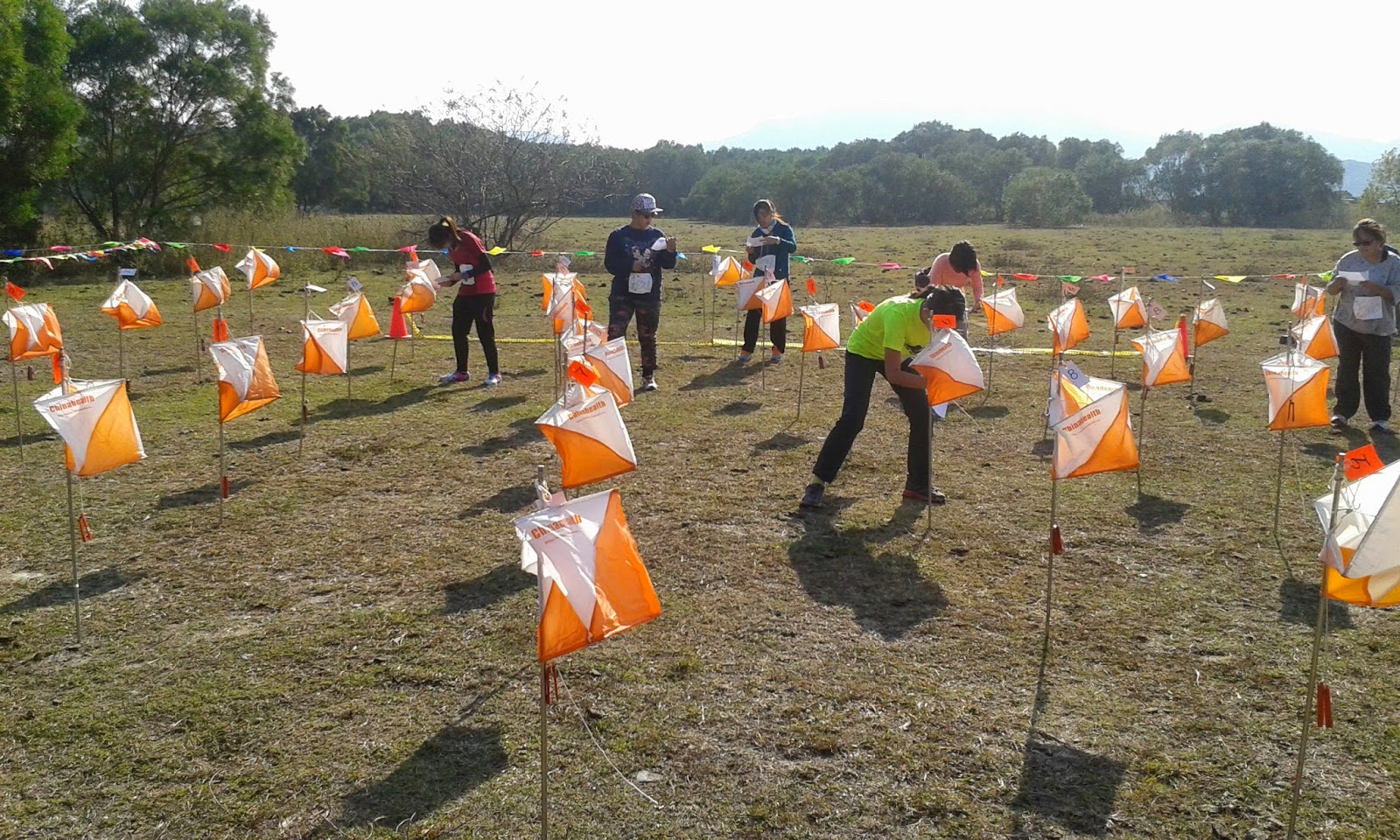 The second one, sack race. Probably everyone knows what it is. In both races, the MO group had a heat first. Those who passed the heat got to the final. 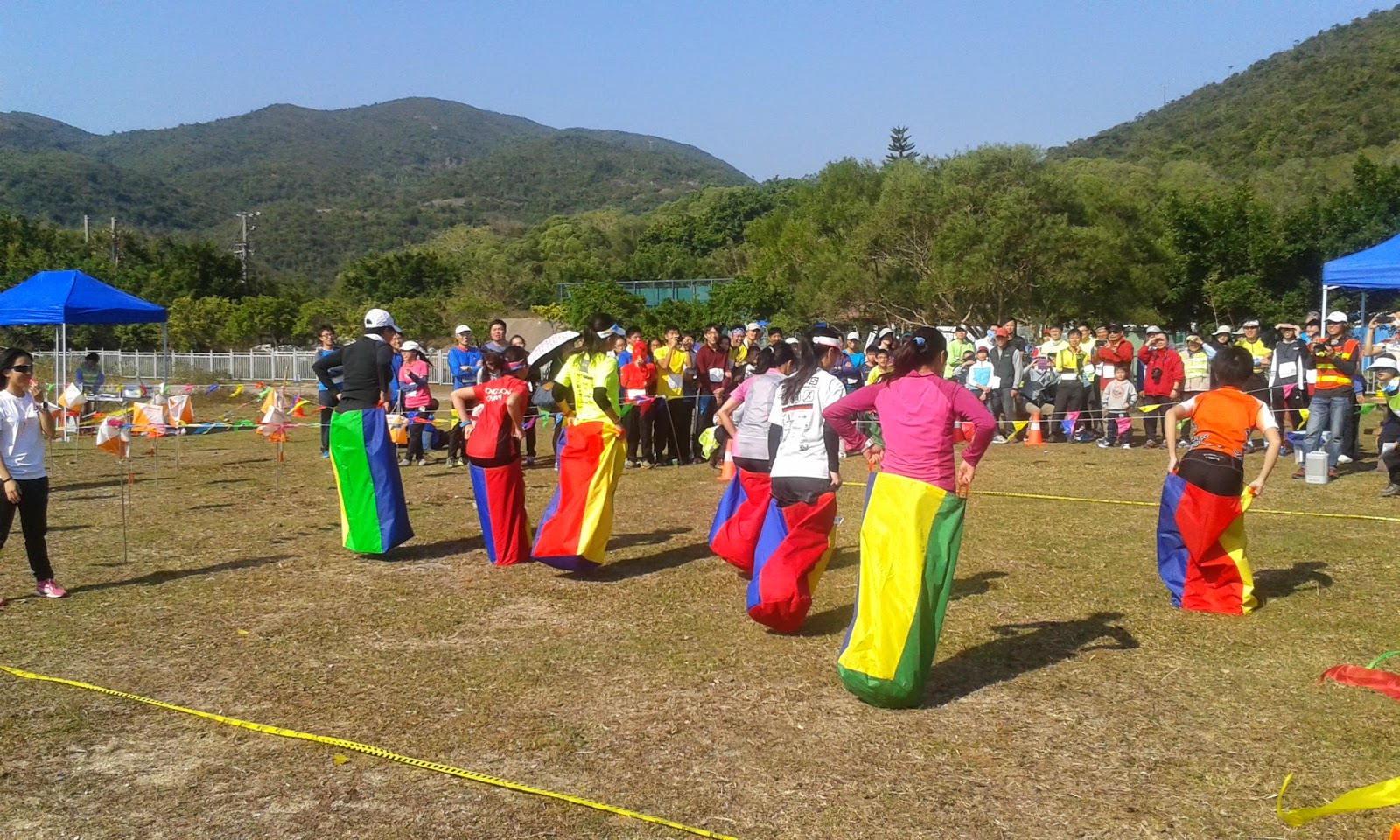 In the end, there was a prize ceremony. The best three in each of the orienteering race, the control maze, and the sack race would get a prize. There was also a best three overall prize after summing the results of all three races. I only got the fourth place in orienteering, and did not get past the heat in the next two places. Therefore, I almost could get a prize! 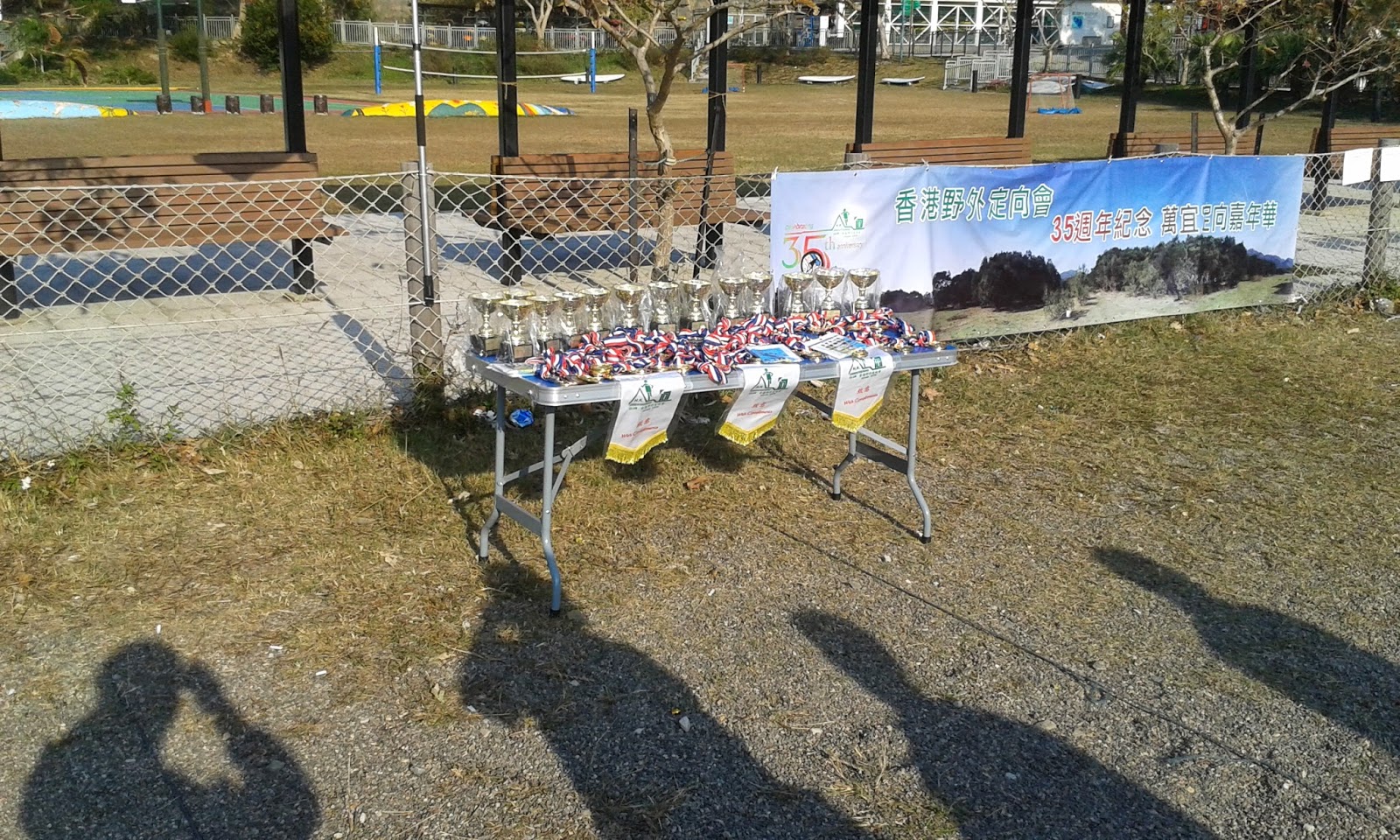 In summary, this orienteering event had a good gimmick. Having that many controls in a flat and runnable forest was fun, in a sense that sudden change in direction of running is needed to finish the course efficiently.