Farmdale Recreation Area is near Peoria, IL on the east side of the Illinois River.  This event served as several first time for me.  This was my first time to do orienteering at the same place for two days.  This was also my first time to do a night-O and a special “orienteering”, which turned out to be something that tested my pace counting.  This was also my first to see people doing bike-O.
1.      Day 1: night-score-O
It was a chilly Friday night.  There was no snow on the ground, but the temperature was below freezing.  Before the event, the club advised us to use headlamp for illumination, but I did not have one, so I brought a flashlight to go for night-O. 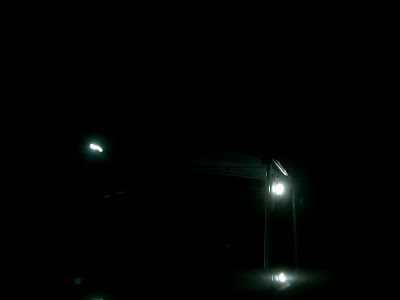 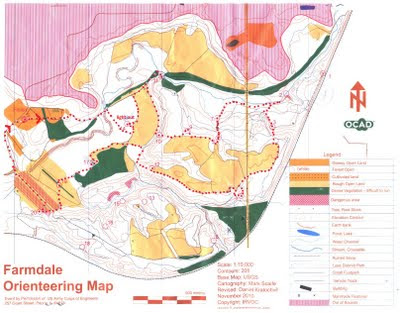 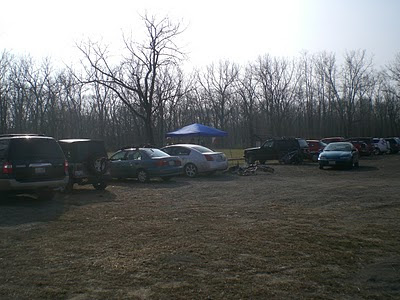 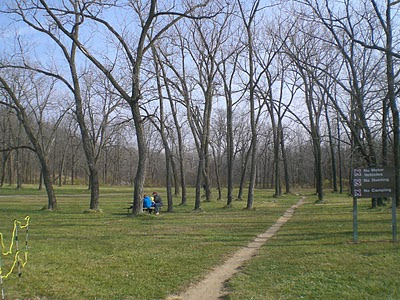 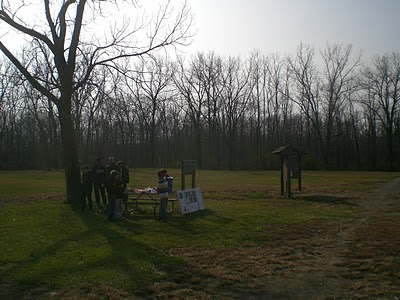 For me who did not have a mountain bike, I chose another choice of foot-O called the mystery-O.  I did not know the format of it until that day.  The rule was that instead of giving a map, I only got the bearing and distance to each control.  I still got a clue sheet that had control number and feature description, but no map was given.  I guessed orienteering purist would not consider this as orienteering because there was no map involved.  Still, I liked this course because I learned my distance of pace since this event (e.g. 1 step = ~1 m for me).  I learned pace counting after this course.  However, I could not use my thumb compass because that was no marking of angles at all.
The clue sheet and distance/bearing descriptions were shown below: 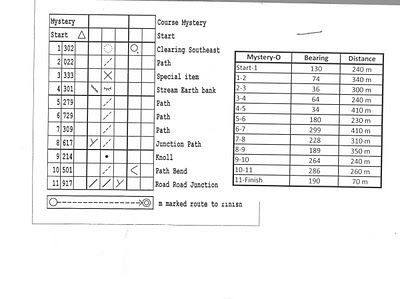 Since I did not know my pace in the beginning, the greatest trouble was in control 1.  I went way far away then the clue was stated.  I felt like I found control 1 just by luck.  Therefore, I estimated my approximate distance of a step and used the estimate to guess how many steps I had to use for going to control 2.  I thought one step = 0.5 m.  Then I found I stepped about half of my estimate to reach a marker.  Therefore, I knew one step = 1 m, and used this for the rest of the course, since using this pace rate did estimate the control location quite accurately.  Then, I had no trouble in finding the rest of the controls.
Below shows the locations of the controls that I thought in the mystery-O, as well as the route that I thought I took. 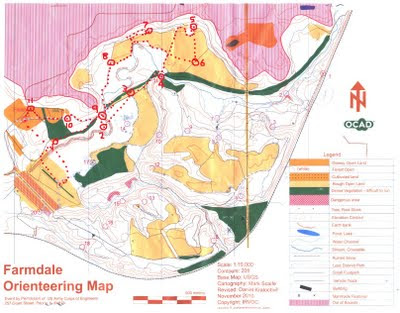 While running the mystery-O, I saw some bikers doing a MTBO course, so I took some pictures too.  This picture was taken near control 3. 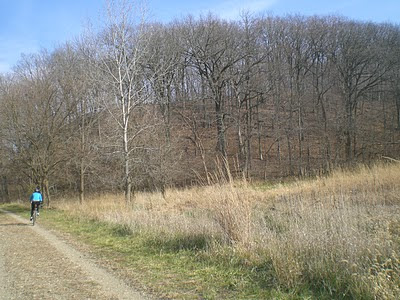 As well as some control locations (control 6): 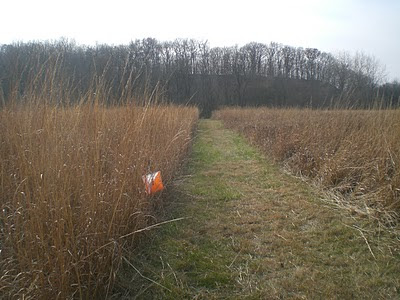 3.      Day 2: Geocaching
I did geocaching right after finishing the orienteering course, as usual.  There were only two caches that were within the map area, but one of them was a mystery cache that had a 5-star difficulty rating.  The other one was a typical ammo box cache, but the cache was close to night-O control 4.  Therefore, both of the caches took me a lot of walking.  In fact, I walked for geocaches farther than running for orienteering.
I needed to do some homework before finding the mystery cache, but the clue from homework only took me to the first stage of the cache, which was near control 18. There, I found a cache that had a piece of paper showing 4 sets of GPS coordinates.  One of them was exactly at control 17.  Another one was near control 4, which means I could also find the other cache along the way.  One of them was uphill of control 3.  The last one was about 250 m north of control 1.  Each location did have something to tell you that you were at the right location.  One of them had a further clue in the small bottle, while two of the others had a plate fixed on something and one of them was craved on a rock.  The further clues on each of the points were not the next coordinates, but in various form of clues.  For example, one said +xxx to north – xxx to south, while the other one had a description that seemed to guide a person to another place.  In the beginning, I thought I just needed to collect all the clues together to find out where the final location was.  However, it appeared to me that the clue in each of the 4 places directed to another location for each place.  Since this cache took me too much walking, I stopped solving the mystery here.
The map below shows the approximate locations of the mega-mystery cache in each stage and the other traditional cache. 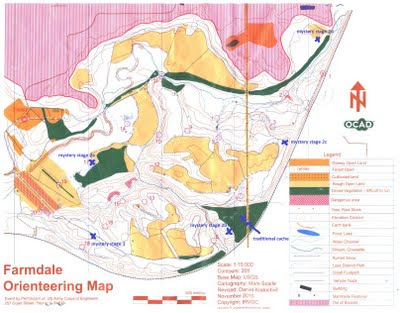