Back in the days in the US, my first several orienteering experiences were done by first renting a car, and then drove 2-3 hours to the orienteering events.  Then, I got a used car to do these orienteering road trips.

It was a hot and humid day. In the morning there was a 5km long sprint orienteering, where orienteering happened in a park next to a river. 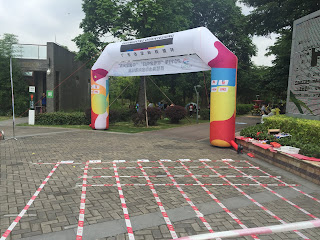 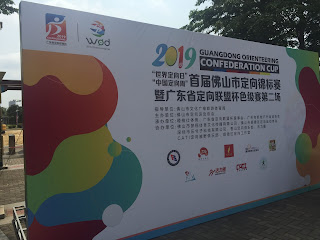 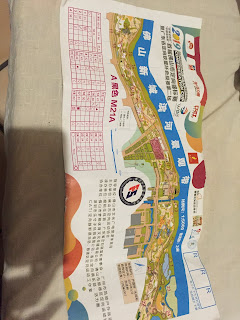 The long sprint was not too hard, but there were quite a lot of yellow-green areas (forbidden areas) to check while running.  It was quite easy to pick a route that was tempting to cross the yellow-green areas.

Some areas were quite open, and we can call those legs "Foshan No Shadow Leg".

There were also several legs where choosing the right route will save a lot of time: 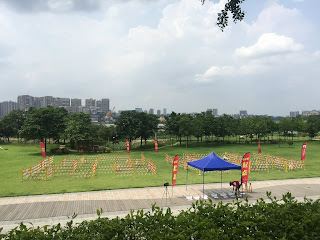 Moreover, this was a team of 3 competition, where order of team members is decided by the team in each round of competition.  Each team had at least two opportunities to play: the bracket has winner and loser sides. If a team lost for the first time, the team will be moved to the loser side. If the team lost again in the loser side, the team is eliminated.  It was important to decide the order of battles carefully, since the member assignment cannot be repeated for 3 rounds.

I heard that my battle in the first round was very close, and I lost by 1 second.


Then, Gilbert lost again, leaving Kin no opportunity to play.


After the final round, we were allowed to try the maze courses. Kin and I battled against each other for one course. 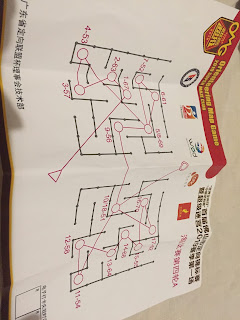 After orienteering, we had a good dinner in Shunde. 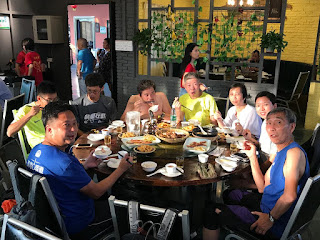 It was a great orienteering day today.
Posted by johnayuen at 1:24 AM